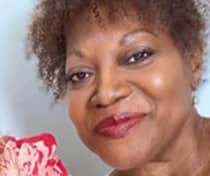 The signs and symptoms that I noticed initially in 2005 were weight gain and lethargy. I brushed it off. I was graduating from USC in 2006 and wanted to focus on that landmark. I’d taken a long hiatus from attending college, had finally returned and I wanted to enjoy that landmark. I was a nascent Real Estate investor and was helping my widowed mom acquire more investment property and was performing management duties of 10 properties. I began to experience body-wide muscle aches, muscle spasms and pain for no apparent reason, I noticed that my blood pressure began to get elevated for no reason. My pulse would race while I was laying down, seated, and at any time.

I have always slept an average of 4-5 hours each evening, but it was rem sleep and I’d been fully rested when I’d awakened. I could no longer sleep more than a few hours each night, due to my vibrating nervous system and due to having to constantly urinate. When I managed to get at least 2 to 3 hours of sleep, I’d always awaken at 3 AM – blurry eyed from not getting back to sleep until around 5 AM – then I’d get up at 6 AM. I was sleep-deprived, anxious, exhausted and a bit depressed. I had no appetite, but I gained weight, no matter how little I ate or if I ate at all. My formerly skinny wrists, ankles and neck began to look swollen. I found that I was very sensitive to extremes in temperature.

My blood pressure averaged from 260/138 (average highest) to 155/110 (average lowest). I went to a general practitioner and was told that I had high blood pressure. He gave me an increasing number of blood pressure medications, resulting in unsatisfactory results.

I began taking herbal remedies to lower my blood pressure. I began consuming more raw fruits and vegetables, did my best to eliminate salt from my diet since I felt better when I consumed under 1500 milligrams of sodium. I learned to meditate. I drank a lot more water, I stopped consuming soda pop, included potassium on the days following excessive urination and/or perspiration. I included turmeric, magnesium, and vitamin C, B, and D. I got a trainer to help me lose weight, but I became increasingly afraid that I’d drop dead while exercising. I had regular “mystery bruises” on my legs, especially on my ankles, on my upper thighs and arms. I had a tendency to be anemic, so I had to include iron into my regime. Nothing made a difference.

I had been a premed major, so I began to research what would cause high blood pressure as a symptom. I came up with two conclusions – kidney failure and hyperaldosteronism (or Conn’s syndrome). I finally encountered a girlfriend that had been a college classmate and was now practicing medicine. I told her that I needed help and asked her to test me for Conn’s. The results showed that my aldosterone was very high. There were electrolytes, potassium, hormonal and other imbalances in my body. My saga of seeking answers from doctors began.

I had multiple MRIs and CT scans and saw a dozen unknowledgeable doctors who hadn’t treated patients with that diagnosis or admitted that they’d barely remembered those illnesses from medical school. I was “text-book” Conn’s but all CT scans and MRIs were inconclusive because, as I found out later, they weren’t reviewed by experienced people. No one ordered the appropriate labs, and no help arrived for me. I was over-medicated and inadequately medicated (the medications that might control aspects of this illness were never offered to me). Most weeks, I found myself going to the ER to bring my blood pressure down, 3 to 5 evenings each week. The doctors weren’t curious about what caused my hypertension or why my body wasn’t cooperating with the many medicines they prescribed. Some ignored the data that I shared, and patronized me or dismissed my concerns. Some were fine with allowing me to languish untreated. Some chose not to admit that they had limited knowledge of the adrenal system or that this system was what was malfunctioning. In 2008, after much research, I asked my doctor to give me a prescription for Amiloride, as I’d found out that Amiloride appeared to ameliorate the excess aldosterone in my body. After so many ER visits, I noticed that I was given an injection of Hydralazine to lower my blood pressure. So, I asked one of the general practitioners to give me a prescription for that medication. Having that medication and taking 4 tablets daily and as needed, kept me out of the ER.

Then my symptoms increased in intensity and duration. I fought brain fog on a regular basis, which was very frustrating. By the beginning of the pandemic in 2020, I was forced to suspend my business. I could barely keep up and was getting more and more lethargic. I continued to do my research, ask questions, and kept coming back to Conn’s/PA. I finally found an experienced endocrinologist, located in the nearby city of Pasadena, California, who had successfully treated others with Conn’s/PA. She knew what tests to order, explained what we were looking for and our objectives, and clarified all of the labs, MRIs, CT scans and other test results.

I am still amazed that it took me 15 years to find a skilled and knowledgeable endocrinologist. It took her 8 months to “fix me,” 2 of which were delayed due to the emergence of the pandemic. Sometimes I wonder what would have happened if I’d not found her. What if I hadn’t asked questions and wasn’t my own best advocate? What if I hadn’t had a health science background? What if I didn’t have good health insurance? What if I wasn’t stubborn and if I had just gotten tired and had given up? I would have died of complications of Conn’s. I would have had a stroke or a heart attack.

In December 2020, I had considered the National Institutes of Health about the treatment phase. However, all communications and appointments were postponed due to the pandemic. I then consulted with physicians at both UCLA and Cedars-Sinai Hospital in Southern California, choosing to have my AVS at UCLA and opting to have the adrenalectomy at Cedars-Sinai.

The adrenalectomy took place on February 23, 2021. I had no symptoms after the surgery and I was taken off of 95% of my medications the day after surgery.  My right adrenal gland was removed and, though a tumor wasn’t detected prior to the surgery, a large benign one was found inside the organ upon removal of my right adrenal gland. I asked the surgeon to send me a picture of the removed organ. It looked like a skinless chicken breast with barbecue sauce on it. The size of the tumor was noticeable, with the ruler adjacent to it showing it measured approximately 3 to 5 centimeters in length.

There are three relatively small incisions on my back, adjacent to my right kidney, and the laparoscopic scars are nicely healed. I was taking 16 medications daily prior to surgery, now I only take 2 meds, broken in half to be taken twice a day. In April of 2021, both my cardiologist and endocrinologist told me that I am cured of Conn’s/PA. My BP now averages 115/70. I expect to be slowly taken off the remaining blood pressure medications and to cease taking any by the end of this year. I sleep well and fully most nights, and no longer awaken at 3 AM. The “mystery bruises” on my arms and legs are fading away. My muscles and joints don’t hurt anymore, I don’t urinate (seemingly) all night, I’m not constipated, and I’m no longer dehydrated and lethargic. I consume two to three meals daily, and I’ve lost 40 of the 80 pounds I had gained. For the first time in years, I have no brain fog, my clothing fits loosely and my energy has increased to a normal level. I’ve resumed doing Pilates and regularly walking my dog. I actually see my neck and jawline again!

Insights shared by members of the Facebook group Conn’s Syndrome/Hyperaldosteronism were very helpful. Joining this group was one of the best decisions I’ve made on this journey. I’m happy to pay it forward now and share what I’ve learned during this battle, to help others on the same path to wellness.