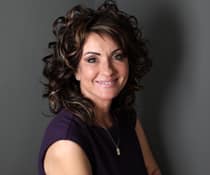 From a medical standpoint, I had a history of low blood pressure, or hypotension, hypothyroidism/Hashimoto’s disease, and what seemed to be multiple endocrine puzzles. Hypoglycemic episodes were the norm and occurred quite frequently on a daily basis from about age 18. I would eat, and within an hour get very weak, sweaty, shaky, and angry. I did my own research and began healing my body with diet. I limit processed food, no gluten or grains, I cook a lot from scratch, and therefore, my diet has naturally always been very low in sodium.

For years I seemed to have frequent urination, but I was told it was because I was drinking too much water. I would explain that I was always incredibly thirsty most hours of the day, but physicians would say it was in my head. I suffered from brain fog and joint pain, and I was always tired, but those symptoms were attributed to my thyroid problems. Often, I would feel very inflamed from my neck up (e.g., headaches, dry and burning eyes, and aching shoulders).

Back in 2016 I saw a dermatologist for some mild rosacea. To manage it, I was put on Spironolactone (50 mg/day) for the next four years. Overall, things were manageable, mostly with diet, until menopause hit in 2020. As I started to gain weight and see my thyroid numbers drop, I was constantly tired, and felt the brain fog was back full force in addition to my weight creeping up. I became suspicious of Spironolactone (an androgen blocker), and since it was only addressing a skin issue, I discontinued the medication and was put on bioidentical hormones to see whether it would ease the symptoms of menopause.

In Spring of 2021, my life spiraled out of control. Out of the blue one day I started to experience “episodes.” It felt as if my chest was going to rip open and my heart was going to explode. I was dizzy, my heart was pounding so very loud and fast, I felt as if I was going to pass out. I would have tingling sensations in my extremities. We called the ambulance multiple times. I live out in the country and by the time they would arrive, my systolic blood pressure would come down to around 140 and there was nothing they could do since that is not considered a crisis.

At one point, my husband bought me a home blood pressure monitoring device. Most of the time the systolic measure was around 160 / 170. It would often go even higher at night. I knew something was very wrong, yet the physician assistant in charge of my care recommended that I go out for a walk or read a book and relax. To hear a professional tell me it was caused by anxiety made it even worse because I knew there was something very wrong. During the crisis events I truly thought I would die. I switched to a physician in the same office. I turned to the Internet, and very soon my research would point to primary aldosteronism (PA). Everything I would read about it seemed to correspond to what I was experiencing. I also found a Facebook support group for Conn’s. Their advice saved me.

At one of my appointments, the nurse had taken my blood pressure, and it was fine at 118/72. I had brought my home monitor, and asked her to use it to compare the measures. With my monitor, the systolic started to climb to 180 rather quickly even though I was calm. First, the nurse told me my device was producing inaccurate measures. She couldn’t believe what she saw, and she took my blood pressure again using her device. My systolic was also 180. My new doctor came rushing in and we talked about PA and he had my ARR on the screen. He was extremely supportive and remains so to this day even though he admittedly has not seen a lot of PA patients. He said, “I think you did it, you solved this puzzle.”

During another crisis I was driven to the ER, and the blood work indicated my sodium was low. They kept me overnight, and put me on fluid restriction, which in retrospect is odd since I was suspected of having PA. They were not concerned about PA and wouldn’t even acknowledge it, but were focused only on fluid restrictions to bring sodium up. They said I may need to cut spironolactone. My potassium was low normal, taken with a tourniquet. I have since learned that a tourniquet can falsely elevate potassium labs.

I was then sent to an endocrinologist who seemed to at least know what PA was, and he agreed to test me. He mentioned it was very rare, and that if I had it, it was a life-threatening issue. I was on a beta blocker (Metoprolol) at the time, a drug that affects test results, but the aldosterone to renin ratio (ARR) came back very high (at 880), and the endocrinologist recommended I immediately try to get in at the Cleveland Clinic or University of Pennsylvania to obtain Adrenal Vein Sampling (AVS).

Since my ARR was so high, they didn’t want to do any confirmatory testing, and wanted to go straight to AVS. They requested that I discontinue Spironolactone for 2 weeks (I had been put back on it to try to manage my hypertensive crises), and they put me on another diuretic (Triamterene) instead. I was also on the same beta blocker I was on before. When the results came back, I was told that they were not very conclusive, and that if I had PA, it was the bilateral form.

Having learned from the Facebook group that the medications I was on could skew the results, I lost faith in the University of Pennsylvania, and I turned to the Cleveland Clinic where I managed to get a saline suppression test. It came back positive. My nephrologist there was wonderful.

At that point, the Facebook group highly recommended that I go to the Mayo Clinic. In retrospect, I wish I had gone there immediately. I called, and started the process all over again. I went for my week-long visit, and didn’t want to leave. I felt so safe there. The team at Mayo is highly regarded and the experience they possess is invaluable. They see PA day in and day out and are specialists in this field as that is their sole focus. They know what they’re doing, and they’re incredibly in-tune with their patients. The CT scan did not show an adenoma on my adrenal glands. I went through AVS again, and it was confirmed that I have bilateral hyperplasia.

I tolerated Spironolactone well when I was taking it for rosacea. In retrospect, I already likely had PA then, I just didn’t know because I was on Spironolactone and it was controlling this disease. I’m back on it now, and I’m doing quite well.

The physician at the Mayo Clinic is trying to find the right dose for me. At 75 mg, my renin remains a little low, and at 100 mg it is a little too high. It looks like I will settle at 75 mg for now.

It is still early to tell since it’s only been a few months, but I don’t experience crises anymore and I feel life returning to normal.

My current care team is phenomenal. My primary care doctor admitted he did not have a lot of experience treating PA but he is willing to listen and work with my care team at Mayo.

Primary Aldosteronism feels like a life sentence when you are first diagnosed. The crisis are so terrifying you cannot imagine living each day with the threat of another episode looming. I’m starting to move on emotionally, and compared with what most patients endure, I know I was very lucky to be able to get a diagnosis in under a year. My children are older and self-sufficient, but the situation certainly impacted them. My husband has been a rock through it all, and I am very grateful for his support. He came to every appointment with me and I would not have made it without him. Fortunately, I work from home. I did not experience any episode during meetings, and I could accommodate my schedule whenever I needed to. I don’t think I would have been able to work a 9 to 5 job in an office. The crises were too often and debilitating. I would’ve had to take short-term disability or quit.

Without the assistance of the Facebook group and information from the Foundation, I don’t know how I would’ve found a solution. It saved my life and I am beyond grateful for the advice I was given. It is unfortunate, but when it comes to PA, patients have to be proactive and demanding at times in order to be diagnosed. The longer a patient is untreated, the more damage this disease can do to other organs. I hope to be a part of the research trials for newer, more specific antagonists for this disease. I find it disheartening that this is not a rare disease, but rather a rarely diagnosed disease.