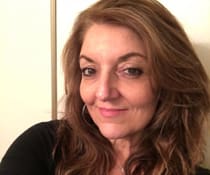 I experienced a traumatic event in 2000 and was diagnosed with PTSD. My blood pressure started to rise around the same time. My daughter once told me that I hadn’t been the same after that day.

Shortly after, I started experiencing hypertension crises that took me to the ER often.  Each time I was there, they would notice that my potassium was very low. They would replenish my levels and send me home saying it was stress/anxiety/menopause.

Because I had been diagnosed with PTSD, whenever I would see doctors or go to the ER, they would automatically reject any other possibility. I asked continuously that they consider other causes to my hypertension and low potassium, but they never did.

As I was running out of options, I did research on my own, and based on my symptoms, it seemed obvious to me that whatever problem I was having was adrenal-related. I was not feeling anxiety per se. I was feeling agitation and aggression. I’m not violent, and I am a well-mannered person, yet I would become confrontational even with people I didn’t know. I was put on countless antidepressants and anti-anxiety drugs. None of them made any difference. In fact, they made me feel worse.

By then I was in my mid-30’s. I also had constant migraines, and horrible brain fog. I’m an accountant. I could no longer add 2 and 2. It would bring me to tears. I thought I had dementia. That too was dismissed.

Then I started having panic attacks. At my daughter’s 5th grade open house, I remember having to leave and retreat to a quiet space by myself. I just couldn’t control myself anymore. Nobody wanted to be around me.  Not my spouse, my daughter, my family, or my friends. Everyone kept telling me I was a hypochondriac and that nothing was wrong with me.

I kept on doing my own research and learned about Spironolactone. Since none of my physicians were doing anything for me, I asked one of them to try it. They had been giving me various diuretics, and it had become obvious to me that they were causing my potassium troubles. I responded very well to Spironolactone. It stabilized my blood pressure and potassium level, and I was able to function for several years.

Over time, I developed parathyroid disease. In late 2018, I broke my ankle because of it, and suddenly, my blood pressure plummeted. I had no other option but to discontinue Spironolactone, only to see my blood pressure start spiking again several months later. This time around, nothing stabilized it. The risk of imminent stroke or heart attack was very real.  I went on disability for 9 months. I started to become food intolerant and lost 50 pounds in 3 months. I would complain that my heart was hurting, but nobody was listening. All I would hear was that everything had been looked at, and that everything was fine.

The last straw was when my primary doctor told me to shut up numerous times and to stop feeling so much. I was too hyper-sensitive. Thankfully I had someone in the room with me.

Out of despair, I requested care from an osteopath. According to her, I was a classic case of hyperaldosteronism. Once I found her, things suddenly began to seem hopeful instead of hopeless. She referred me to an endocrinologist who finally followed the guidelines and diagnosed me. I went through all the steps from aldosterone to renin ratio to confirmatory testing with saline infusion, CT scan which showed an adenoma on my left adrenal gland, and adrenal venous sampling. After having had to fight for 17 years, I was finally diagnosed with unilateral disease in June 2019.

I underwent left adrenalectomy in August 2019. The surgery was very smooth. I left the hospital the very same day, and I had no issue post-surgery at all. I had complained that I always felt an internal buzzing.  When I awoke from surgery, I told the surgeon the buzzing stopped.  I immediately felt a sense of calm.  There were a few follow-ups to make sure that all levels were back to normal. My potassium, aldosterone and renin are perfectly normal, and physicians have told me I have been cured of Conn’s.

I developed bradycardia at some point prior to surgery in August 2019.  In December 2019, I had two right parathyroid glands and my right thyroid removed. I was not put on any thyroid medication.  We continue to monitor my thyroid and parathyroid levels.  All has stayed within normal ranges.

In March 2022, I began to have high blood pressure and involuntary heart rate spikes as high as 200. As a result, I was diagnosed with dysautonomia.  They are not sure if it is related to the stress I endured from several years of unresolved high blood pressure, or if it is related to a skull fracture I had when I was a toddler that caused me to be in a coma for several weeks.

Because of the dysautonomia, I take 120 mg Diltiazem to keep my blood pressure no higher than 130/90.  I also take 12.5 mg Spironolactone to keep swelling down. It is suspected the swelling is caused by my parathyroid and thyroid issues.

I no longer have any of the symptoms I used to have prior to the adrenalectomy. Also, I no longer have food intolerance issues or panic attacks.  I feel a sense of peace and that I am back to being me.

Being unable to find adequate care cost me my marriage and my job. The lack of care upended my career because I was always sick, and any stress would put me over the edge. In the end, I nearly lost my life all together. Had I not found the right doctor, I was told I probably would not have survived 2019.

The support I found online with the Facebook Conn’s Syndrome / Hyperaldosteronism Support Group made all the difference. Seeing I wasn’t the only one going through the same thing, and relating to other people’s stories saved me. It kept me fighting for solutions. When patients get constantly rejected by those who are supposed to diagnose and treat them, they inevitably start thinking that what they are being told is true: that they are the problem, and that “it’s all in their head.” These are our doctors. If a professional tells us there’s nothing wrong with us, we should be able to trust that they are correct. We should not have to figure out what the problem is, and then fight to get it resolved. To all those out there who are undiagnosed — don’t give up!  You have the right to ask questions and to be heard.